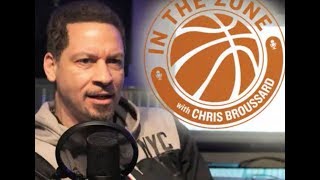 In The Zone with Chris Broussard: Jamal Crawford full interview

3-time NBA Sixth Man of the Year Jamal Crawford joins Chris Broussard to discuss his relationship with Michael Jordan, LeBron James, what went wrong with the Clippers, the best ball handlers ever and one of the stranger Ron Artest stories of all time! SHOW MORE

Crawford (migraine) will be available for Monday's game against the Hornets. Crawford was initially deemed questionable after departing

Jamal Crawford scored 17 points while adding an assist and a steal in 20 minutes off the bench Friday against Utah. Crawford caught fire, hitting 6-of-10 from the floor, including 3-of-5 from behind the 3-point line. The "rejuvenated" veteran gave the team a nice little spark off the bench, which is exactly what coach Tom Thibodeau hopes for in Crawford.

Jamal Crawford scored ten points with five assists and three rebounds in 24 minutes in Wednesday's loss at San Antonio.Crawford didn't shoot much in the preseason, so it was encouraging to see him get significant minutes and add offense off the bench. His role could increase as he added a needed offensive spark.

It was the summer of 2009 when Jamal Crawford decided it was time for a change – even if that change involved sacrifice. Nine years he’d been in the NBA, and while he had scored plenty of points and made a name for himself as a special scorer, there was one thing he hadn’t done – played in the postseason. Crawford wanted to check that box, regardless of the route he would have to take. So that offseason, he signed with the Atlanta Hawks, not to be a starter, but to come off t 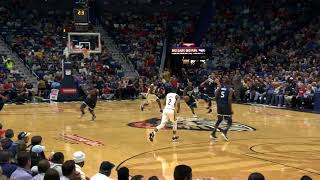 Jamal Crawford gets the steal, then pulls-up form half court for the 3-pointer that beats the buzzer to end the quarter.
1
2

Jamal and NBA Hall of Famer Gary "The Glove" Payton

Crawford With the Nice Pass!

Crawford With The Nice Dime

Crawford Shows off his Jumper!